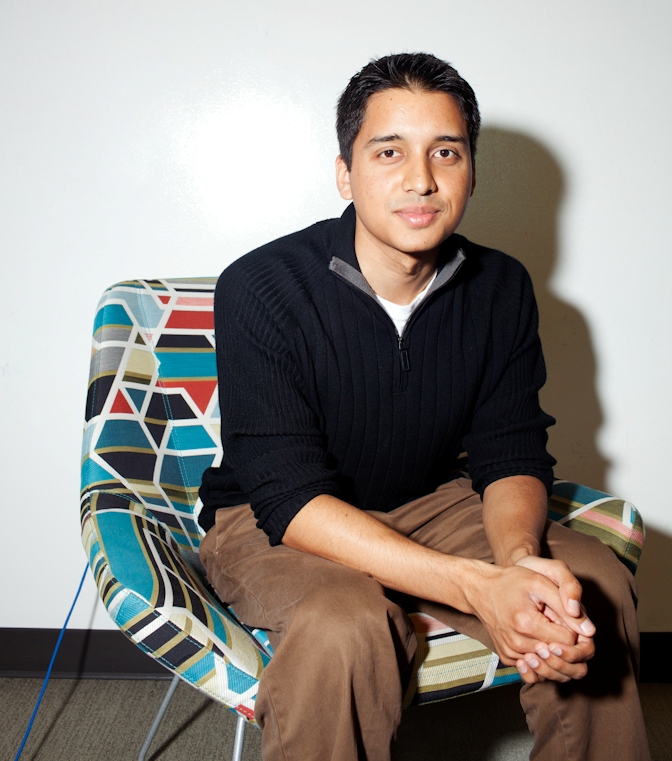 An op-ed I wrote for VentureBeat:

Last week, Atlassian made a very smart move by acquiring Trello. While $425 million implies a high multiple (given Trello’s revenue run rate was around $10 million last year), I believe it positions Atlassian to become the next big enterprise software company. I project it will reach a $50 billion market cap in 10 years by taking over software for teams. Here are four reasons why:

A few days ago, I sent out the following email remembering Jim to close friends and colleagues. I did not intend to share this broadly, but I received many positive replies encouraging me to post this publicly … so, here it is:

10 years ago this month, my mentor and idol Jim Gray disappeared at sea. I had the greatest fortune to work under him. We had published a paper together in the weeks leading up to his final sail.

I learned so much from Jim, and I think about him a lot. We even incorporated our company name after his saying “party on the data” (Party On Data, Inc.). To this day, I continue to unpack and internalize the lessons that I absorbed while working with him more than a decade ago.

I learned it’s important to make time for the unexpected. It felt like nearly everyone I knew in my circle had talked to Jim at some point – even people from very different fields of study. I am not sure how he was able to be so generous with his time given his position and stature, but if someone reached out to him with an interesting hook and was passionate about it, he made time. And, it wasn’t just a meet and greet – he truly listened. He would be engrossed in the conversation, and listen intently like you were the professor and he was the student. He made you feel special; that you had some unique insight about a very important problem area.

Jim’s projects were proof that making time and having an open mind for the unexpected – to converse and collaborate with people beyond your direct connections – can lead to breakthroughs in other disciplines. He made significant contributions to the SkyServer project, which helped astronomers federate multiple terabytes of images to serve as a virtual observatory (a world-wide telescope). He applied a similar approach to mapping data with the Virtual Earth project (the precursor to Google Maps – minus the AJAX).

In today’s world, with so many distractions and communication channels (many of which are being inundated with spam), it has become commonplace to ignore cold inbound requests. However, I learned from Jim that it’s crucial to make time for surprises, and to give back. No other Turing award winner responded to my emails and calls – only Jim did – and by doing so, he completely changed my life for the better. Jim instilled confidence in me that I mattered in this world, if someone important like him was willing to invest his precious time with me.

I learned from Jim that it’s important to tackle very good and crisp problems – and to work diligently on them (and to write everything down). Jim had a knack for identifying great problems. Comb through his website – it’s hard to find a dud in his resume or project list. I remember we were in talks with a major hospital about an ambitious project to improve the detection of diseases. The hospital group was willing to support this high profile project in any way we needed (thanks to Jim being a rock star), but Jim immediately knew we wouldn’t be able to develop crisp, tangible results within a year. He wanted more control, and craved a project with more short-term wins.

When Jim did identify a crisp problem to work on, he went all-in. His work ethic was second to none. We were once at a baseball game together, and I could tell from his demeanor that he was itching to get back to the office to continue our work. If I was working late in the office, he would work late too. He remained technical (writing code right next to me) and deep in the weeds despite his senior management role. He was responsive. Late night emails to emails at 5 AM (he liked waking up with the birds). He pushed me to work harder – not by asking for it, but by leading by example.

With any project, but especially database projects, there are so many low-level, unsexy problems (like data cleaning) that have to be addressed before you can “party on the data.” “99% perspiration and 1% inspiration,” he would always say, like it was a constant, inevitable force of nature that we have to equip ourselves for. He prepared me for that, which taught me how to stay focused and work harder.

I learned that it’s important to learn about key inflection points from previous products and projects – to know your history in order to make better decisions. Jim was a master story teller – constantly reciting history. I still remember his story about how Sybase was outgunned in the database market, but their innovation with stored procedures gave them the differentiation they needed to fight the fight with DB2 and Oracle. And, by the way, he was very laudatory of key features coming from competitors. He would never dismiss them – he loved the innovation, no matter where it came from. He wanted the truth for how to best solve a particular problem.

He loved to teach his lessons too. I recall one time I asked him a technical question, and an important call came through to his desk phone. He immediately hung up the call and took me to the whiteboard to teach me what he knew about the topic in question. Who does that? You’d be lucky to meet with your thesis advisor or manager once a week for 30 minutes, but Jim was present for me like this almost every day.

Jim set the highest management bar imaginable for me. He showed me why I should optimize 100% for mentorship throughout my career – not company brand – and to do this every time.

I sometimes wish he could see me now, as I feel like I wasn’t able to show him everything that I could do then, as I was still in the infancy of my career. I know better now where I excel (and where I don’t). At the time, I wanted to learn and do it all, like there was no tomorrow. He encouraged me to follow my passions – even if they were outside his comfort zone. Jim had no ego – he would loop in another mentor who knew more about a particular subject area. He gave me rope to learn, fail and rebuild. I tried to savor every minute I had with Jim, and am thankful that I did.

Despite his amazing technical accomplishments, I honestly do not remember many of the technical concepts that he had taught me. What I remember is how he made me feel. That’s what lives on and matters most. He gave me confidence, by just responding to me, and of course, working side by side with me. He rewarded my proactive outreach (which certainly encouraged me to send many more cold emails thereafter), and most importantly, taught me how to approach and solve big problems.

Jim truly inspires me, and I am forever grateful for what he did for me and my career. I sincerely hope that one day, I too, can have such a profound positive influence on so many people’s lives.